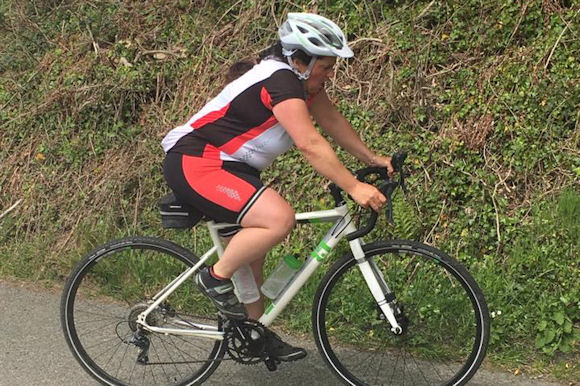 At the beginning of this year I challenged myself to get fit. Not to lose weight BUT I did hope that hand in hand with getting fit I would lose the inches and so the pounds. I was a ‘weigher’ and those scales were a death wish for me. I am not too bothered about how much I actually weigh, you know those folk that will weigh to the .0001 of a pound! I’m more bothered about how many items of clothing I have in my wardrobe and boxed in the loft that I can actually get into!

I stopped weighing myself and just relied on my cloths to tell me if I was gaining or losing (and obviously monitoring the handfuls of unnecessary food I shovel into my gaping gob) and it worked because .. I shall tell why …. IN A SHOUTY VOICE I WILL TELL YOU WHY!!!…… Elaine, that’s why!! Try to help your bosom buddy out and what happens FAT happens!!!

Elaine is getting married and she wanted some support in losing a few pounds before her big day. I was very, very, very, extremely reluctant to join in but together with her sister Jen we began weighing in ….. AND THAT WAS IT, SHOUTING AGAIN!!! The clothes I had put away because they were too big made a very unexpected and unwanted re-entry to my now thinning wardrobe!!! Being off the bike for 3 months hasn’t helped either BUT bloody bloody weigh ins!!!  NO MORE!

Contemplate BUT not for too long
I either contemplate for so long that I forget what I was contemplating or on the other hand there is no thought to it at all and I just jump in there with both feet as I did back in September.

In 2015 I wanted to do the Tour de Yorkshire Sportive but I was in no way fit enough so we just went to watch. At the finish I was speaking to a guy who has just completed it and the illation in his face and voice as he spoke about how that was the hardest ride he had ever done but would do It again, just thrilled me and when I saw how wonderful his medal was … I wanted one!!

Training this year, though not very consistent was ok. In May we did the C2C over 3 days. I didn’t do all of it but it was furthest I had ever ridden over the 3 days before. A week later I did my longest single days ride ever, 86 miles from Wakefield to Grange Over Sands for my birthday weekend camp with the family, brilliant weekend and ride, thanks Jay.

I had hoped that I would have kept the cycling up BUT laziness and injury have prevented that (more of the laziness than anything else). That didn’t stop me though (jumping in, no thought) when I got the email from Maserati Tour de Yorkshire saying if you book now before the route is announced it’s cheaper! Well you know us Yorkshire folk, we love a bargain, so without a thought I signed up there and then (sorry, fibbed, thought I would see if Jay wanted to do it too so booked us both on).

My stupidity doesn’t end there thou, oh no! As you may know the Tour de Yorkshire route was announced a couple of weeks ago in Bradford and with that in mind I thought I would just check my registration details for the ride. I could only find registration for one of us, on the 115km route (Jay). I dropped Humanrace who organise the ride an email, they were swiftly back to me saying we had booked 2 places but they were both on the 115km and not the 80km (me) and did I want to change it!

I rang my bosom buddy Elaine, who’s just had brain surgery to remove a Melanoma (skin cancer) tumour and told her I would like to ride it for her and Melanoma UK

I’m not going to give my medal away if I manage to complete the ride BUT I will give you every ounce of my sweat, tears, hopefully not blood as a thank you for your support.

You can’t do it without support
I can’t stick at anything, or haven’t been able to BUT as soon as you put it out there in public you think, bloody hell I’d better do it, I’ve told everyone now!

I have had some lovely support over this year and some wonderful comments and suggestions on my blog (mainly to ride more and get faster!! kidding) BUT just a few days ago I got a lovely supportive message from Steve Abrahams (Current holder of the UMCA record for most miles cycled in a month with 7104 miles cycled in 30 days), he knows a bit about cycling. I met him earlier in the year when doing a non-drop ride with Kajsa Tylen A Year in the Saddle (who also knows a bit about cycling) and met him again last week on another Kajsa ride in Nottingham. Lovely bloke.

The first line from Steve’s message: ‘I don’t think anyone can do as well without the element of failure and fear of failure’.

Rob Cleaver wrote: ‘I keep trying to remember that failure is not trying and that trying and not succeeding is learning’.

I read these messages a few times and soaked up there meaning and inspiration. I agree with them both. If you never try you will never succeed…… SO …. I had this next bit brewing in the back of my mind knowing that i couldn’t do it BUT because of Steve and Rob i am going to TRY!

Challenge : Monday 1st May & Tuesday 2nd May
Over 2 days I will cycle from Sheffield to Elaine’s house in Bedford about 168 miles

I am doing the Tour de Yorkshire Sportive for Elaine so it is only right that she should congratulate or commiserate me on taking part, so….

The plan so far
This is still only in my head and now on paper as no proper planning has gone into it yet! After the Tour de Yorkshire Sportive on Sunday 30th I will overnight in Sheffield then split the ride to Elaine’s into 2 rides of about 80 miles each.

I will hopefully arrive at Elaine’s in Bedford sometime before she goes to bed on Tuesday evening. I will of course make arrangements that if she has gone to bed they either leave a key under the mat or a tent in the garden!

Cycle safe and (after the shock) keep smiling!
Jo x